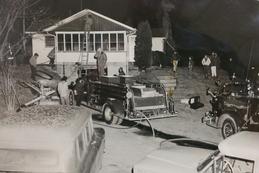 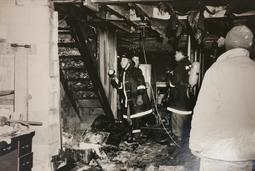 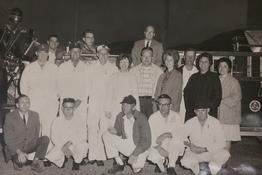 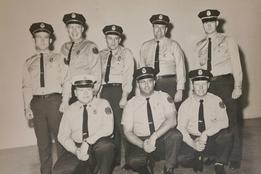 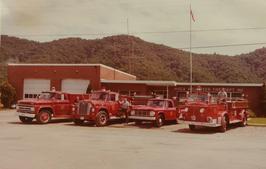 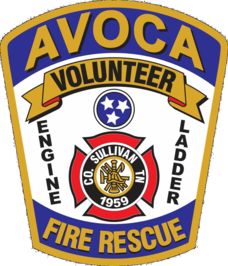 ​Avoca Volunteer Fire Department was originally incorporated in 1960. The residents of the Avoca Community located in Sullivan County, outside of the Bristol, Tennessee City Limits on U. S. Highway 11E, recognized the need for organized fire protection. The closest volunteer fire department in the county was located in the County seat, approximately 10 miles away. After several brush fires in the area, close to resident's homes, a group of the residents started a fund-raising drive in 1958 to purchase equipment and land for a fire station.These original members of the department went door-to-door throughout the community, and in one year, they had received enough community support to purchase the first fire truck. They located a 1950 Ford pumper, purchased it, and then rebuilt it to serviceable condition. A charter for the organization, as a non-profit corporation, was granted by the State of Tennessee in early 1960. The original pumper was housed at a local service station and operated from that location. Land was donated for a fire station on Avoca Road, at the intersection with Volunteer Parkway, and the station was completed and in service by 1961. The department operated from this location until 1990.Land was purchased in 1986 approximately four miles south of the original location, and the new station construction was started. The department moved into new facilities located at 183 Beaver Creek Road, Bluff City, TN in 1990.The department has grown from one pumper in 1960 to its present compliment of two front line engines, one pumper-tanker, one 65' Tele-Squirt, one utility vehicle (brush truck), one mobile cascade/heavy rescue unit, and one quick-response pickup.Operation for the department is overseen by a Board of Directors, with Administrative Officers overseeing the daily business operations, and the Chief and Line Officers in charge of all fire fighting duties. Close cooperation between these three groups have resulted in a very successful operation. Membership includes approximately 35 active firefighters, and approximately 50 Associate members.The department serves an area of 15 sq. miles and approximately 1,400 residences and businesses. At this time, the department has earned an I.S.O . Class 5 fire rating, This rating enables the residents in our area to have a 37% insurance premium saving over a class 10 rating. This class 5 rating is earned by only the top 5% of all the fire departments in the State of Tennessee.Avoca V.F.D. was established in 1959 to serve our community, our county, and all who need our assistance. We are proud of the support that we have received since the department’s inception and hope that your tour through our web site will help you to understand us and our mission. Everything that you see on this site is possible only because of the dedication and service of those members that have cheerfully given their time and service to assure that we stay available to serve as needed, each and every day.Throughout this site, you will see the equipment and facilities that have been made possible through the selfless donation of time, effort, and money by our members and community.